Lukas Brandt had the idea of a musical notation without accidentals in 1982. It was then that he wrote the first version of his chromatic notation, participating in a public competition by the FOUNDATION CHROMA (Montreux). In its publication in 1983 the Foundation presented his notation alongside other submitted examples.

The goals of the alternative notation are to make chromatic relationships easily recognizable ant to produce a workable solution, especally for orchestral literature. Chronota fulfils these requirements: the notation can be used for anything from short passages to complete scores and a combination with traditional music notation is possible; indeed, it is even to be recommended.

Chronota Edition publishes music using Chronota notation, as well as literature about Chronota and was founded by Lukas Brandt for his purpose. 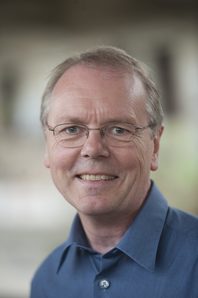 Lukas Brandt studied oboe in Hamburg and Lübeck under Prof. Winfried Liebermann. He received further musical impulses  in the "Junge Deutsche Philharminie" with concert tours to Italy, France and Prague, at the "International Bachakademie Stuttgart" and with Prof. Günther Passin in Berlin.

Lukas Brandt has been principal oboist of the Osnabrück Symphony Orchester since 1983, and is also a lecturer at the Music and Art Scholl Osnabück (formerly Conservatory). For many years he tought at Osnabrück University and the University of Applied Sciences in Osnabrück. He has founded several chamber music ensembles which have played numerous performances throughout northern Germany.